Eat Green On Earth Day (And Every Day!)

It’s Earth Day! On this day across the world, people come together to help the earth in beach cleanups, demonstrations and other events. But did you know that a simple switch in your diet can help heal the planet and secure a safe planet for future generations?

This switch has been adopted by millions of people around the world and is being praised by scientists and health professionals. In fact, more than 21,000 scientists in a report entitled, “World Scientists’ Warning to Humanity,” layout the dangers animal agriculture is having on our planet and are urging consumers to opt for more plant-based options. 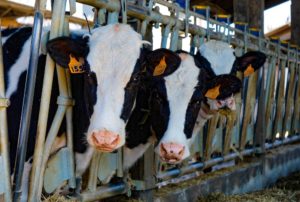 In order to accommodate the billions of animals raised and killed annually for human consumption, a third of the planet’s ice-free land surface, as well as nearly 16% of global freshwater, is dedicated to raising them. Additionally, a third of worldwide grain production is used to feed farmed animals. A recent study published in the Environmental Science and Technology scientific journal revealed that in an average American diet, the consumption of meat from cows creates 1,984 pounds of CO2e, or carbon dioxide equivalent, annually. Replacing cow meat with plants would reduce that figure by 96% to only 73 pounds. This is roughly equivalent to not driving your car for two months. 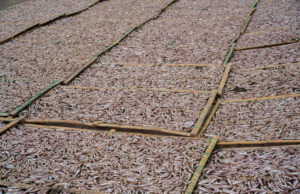 Between 37 and 120 billion fish are killed on commercial farms each year, with another 2.7 trillion caught and killed in the wild. Researchers from the University of Minnesota did a lifecycle analysis of the greenhouse gas (GHG) emissions of 555 food production systems for 22 different food types and found that average emissions from the production of fish were higher than that of pig and chicken meat production. They also found that the highest ranges of emissions from trawling fisheries¹ and recirculating aquaculture systems² were actually higher than the average GHG emissions from the beef industry. 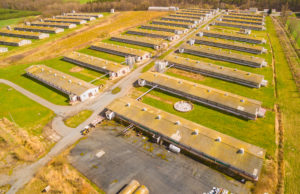 Tackling Climate Change Through Livestock, a widely-cited 2013 report by the UN Food and Agriculture Organization (FAO), estimates that about 14.5 percent of global GHG emissions can be attributed to the livestock sector annually. This is broadly equivalent to the emissions from all of the fuel burned by the world’s transport vehicles, including cars, trucks, trains, boats and airplanes, and does not include emissions from the fishing industry. GHG intensity from the average western diet could be cut in half by adopting a plant-based diet. 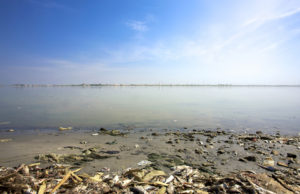 Animal agriculture is the largest contributor to global water pollution. Animals raised for food globally produce seven to nine times more sewage than humans, most of which is left untreated. They also discharge pesticides, antibiotics, and heavy metals into our water systems. Factory farms present additional public health risks to nearby communities, as viral diseases may spread from sick animals to humans and the increased use of antibiotics encourages antibiotic resistance. Irresponsible manure management from high-volume facilities risks aerosolizing fecal matter that may reach nearby homes and cause respiratory problems. Waste from farmed animals can also pass through the soil to groundwater, which can contaminate nearby streams and rivers with nitrates and pathogens. 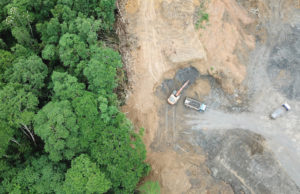 Animal agriculture is also one of the leading drivers of global deforestation, and is linked to 75% of historic deforestation in the Brazilian Amazon rainforest. Nearly a third of biodiversity loss to date has been linked to the industry. The biomass distribution on Earth, published in Proceedings of the National Academy of Sciences in 2018, finds that animal agriculture has dramatically transformed the Earth’s mammalian biomass into 60% livestock, 36% humans, and just 4% wild animals. Birds are now 70% livestock and just 30% wild animals.

Is eating animal products worth all this? We think not…especially with all the delicious veg alternatives these days. So do yourself, the animals, and the planet a favor and swap out your meat, fish, dairy and eggs for plant-based options. #BeTheChange

¹ Trawling is a method of fishing that involves pulling a fishing net through the water behind one or more boats.

² Recirculating aquaculture is (usually an indoor) system that operates by filtering water from the fish (or shellfish) tanks so it can be reused within the tank.